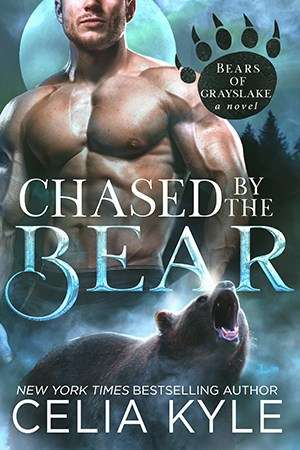 What happens when a half-blind weremole girl falls for a scarred werebear guy? A match made in furry, dirt-caked heaven. Mostly.

Weremole Kira Kolanowski has spent twenty-nine-ish years of her life half-blind and occasionally half-dead. (Her family isn’t exactly loving.) In an effort to remain fully alive, she moves to Grayslake, Georgia, with her poor excuse for a guide dog—a guide dog who decides to lift his leg and relieve himself on sexy-smelling werebear Isaac Abrams’ belongings. And when he roars…well, it makes her heart go pitter-patter and other parts go “ooh baby, ooh baby.” Just when she thinks she might have found happiness, a raving she-bitch werebear chick tries to kill her with the same poison that scarred Isaac to hell and back. The poison that Kira’s family happens to manufacture…

Isaac Abrams is leaving Grayslake. He’s tried, lord how he’s tried, to settle into life in Grayslake after the birth of his niece, but it’s not happening. He’s been home for a year, and it’s been 365 plus days of women looking past him and flat-out pretending he doesn’t exist. The battle with the hyenas didn’t just ruin his face, it ruined his chances at finding a mate in his hometown. So, he’s leaving. Or he was leaving until one day a lush, curvaceous weremole wanders into his half-packed house with that damned peeing dog of hers…it’s a good thing she’s so gorgeous.

Maybe he will stay—stay and keep Kira Kolanowski all to himself. Well, once he kills everyone who’s trying to kill her.

Isaac understood the definition of “brittle smile.” It was an expression he’d held all day, and he didn’t imagine it would disappear any time soon. It’d been in place from the moment he climbed out of his SUV. It’d remained as he was met by his toddling niece, Sophia, and rapidly growing nephew, Parker. It’d grown shakier when he leaned over his sister-in-law Lauren’s shoulder and stroked her baby daughter’s cheek. It expanded when the rest of the werebear clan showed up for little Sophia’s first birthday party.

Werebear after werebear parked in front of the clan den. Men and women he’d known his entire life quickly made their way to the back of the house. Since his brother Ty was the clan’s Itan—werebear leader—his daughter’s birthday was celebrated by one and all, as it should be. Ty was a good Itan and a better father. If anyone deserved happiness, it was Isaac’s eldest brother.

Isaac just didn’t want to witness it. Not when it burned a hole in his heart. He remembered easing Sophia into the world as he helped Mia—the clan’s Itana and Ty’s mate—with the birth. He remembered Mia’s tears and the shininess of Ty’s eyes. He remembered their wonder and—

The heavy tread of someone approaching drew him from his heaping ball of self-pity and back to the rapidly growing party around him. He did what he always did—tucked himself against the house, in the shadows, away from the crowd. It hadn’t always been this way, but after… well, after, he wasn’t inclined to make a spectacle of himself.

Isaac brought his glass to his lips, tipping it back and swallowing the sweet tea infused with berries. Mia knew he didn’t really drink—a Healer always had to be ready to help—and the woman made sure he got his dose of sugar that soothed his bear. Saint Mia…

34 thoughts on “Chased by the Bear”