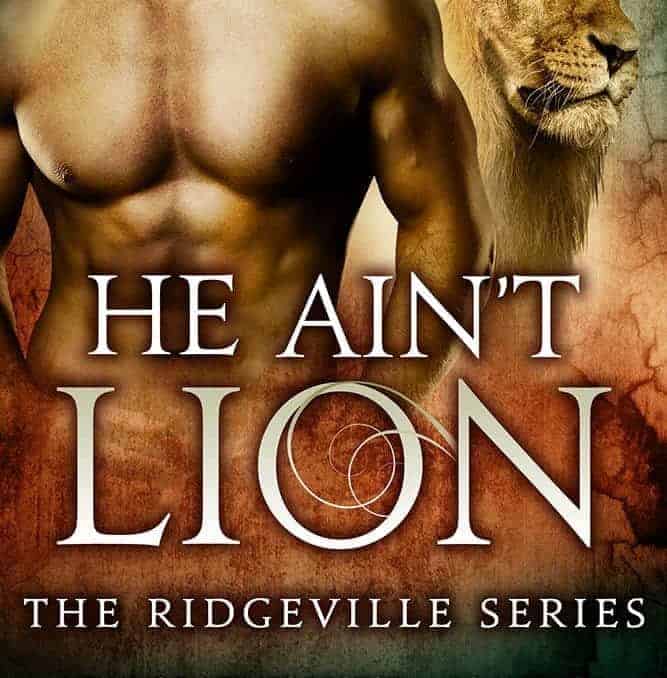 Life sucks… And then you get turned into a werelion…

Curvaceous, blonde bombshell Maya Josephs is looking for a little action to take her mind off of her recent break-up. Crazy werecats or not, an evening at Genesis is exactly what she needs. And when she meets the hotter than hot, super-sexy owner, Alex O’Connell, the alpha lion shifter is just the man to fit the bill for a one-night stand.

Dumped like a rotting piece of meat by her ex, Maya is on the prowl, fixin' to do whatever it takes to get herself a piece of the gorgeous furball. Besides, what’s the harm in a girl having a little bit of fun? 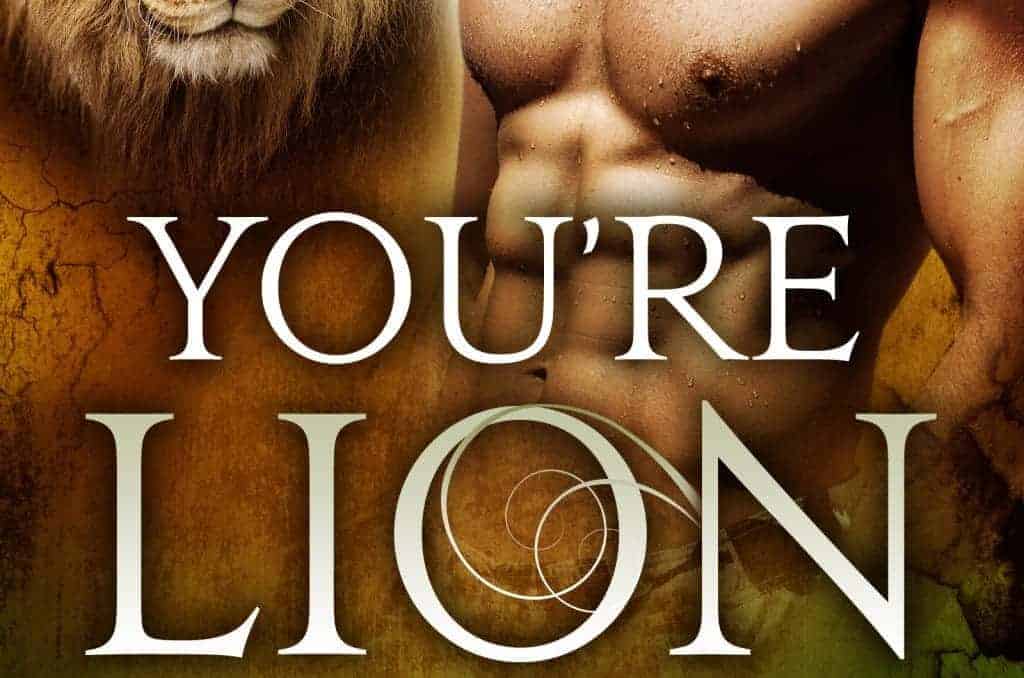 Newly turned lioness Maya Josephs is  so  not good at being the prima of the Ridgeville pride. She doesn’t give a damn about protocol or hierarchy, and the last thing she wants to do is play nice with the pretentious tigress shifter leader who’s come to pay her respects. Especially since the little bitch seems entirely too grabby with her mate, Alex, for Maya’s taste.

With new pregnancy hormones making her inner kitty extra bitchy, Maya’s not sure who she’s going to murder first: her gyno for discovering the pregnancy, her guards for following her every move (and annoying the living shit out of her), or the striped beyotch cooing over Alex. Screw it. She'll start with the tigress and work her way around to the other two.

Lucky for everyone involved, it’s a good thing Alex knows how to tame her inner she-cat…and make her purr. 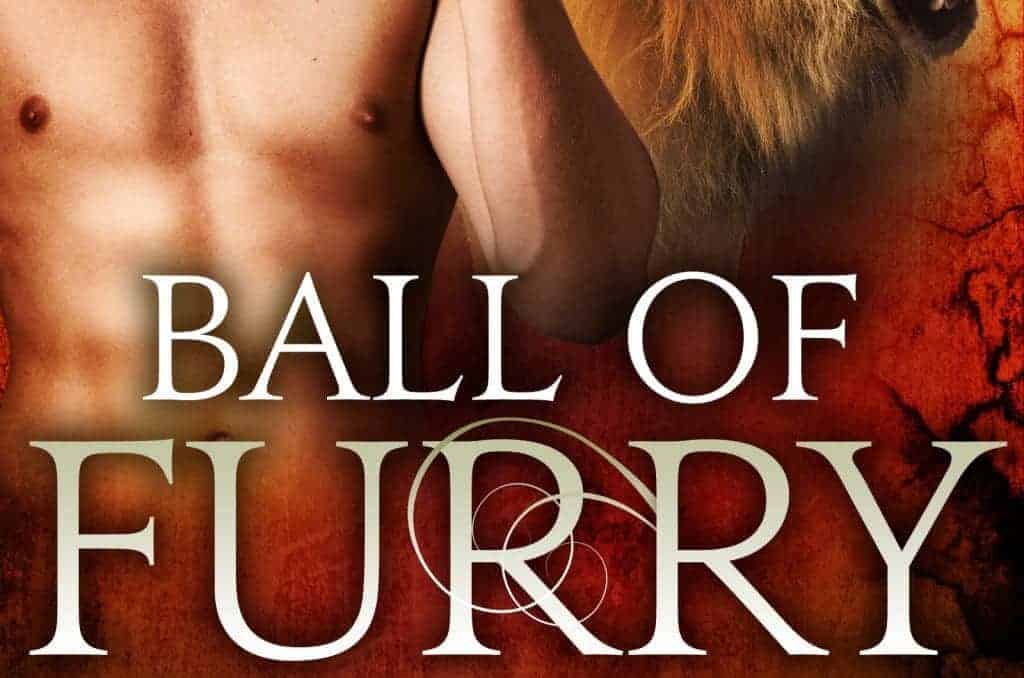 Perfectly plump Carly’s paranormal-wererabbit world goes kablooey on the night of the semiannual Gaian Moon. While all of the furry creatures in Ridgeville decide to knock boots and make babies, the only thing she wants to do is hide from all of the weenie-swinging men, including her would-be mate, Neal. There’s no denying he’s hotter-than-hot, and her bunny wants him more than her next dandelion, but there’s just one teeny-tiny problem. You see, Neal has wandering eyes, and a love for women that’s even bigger than his home state of Texas. But, to her surprise, the lion pounces when she least expects it…and claims her before she has the chance to say “No.”

As if her life isn’t crazy enough…it just happens to get that much crazier when someone decides they want her dead.

Question is–can she survive whomever or whatever the hell is hunting her, while trying her damnedest to get over the fact that Neal had a life before he met her?

For both their sakes, she sure as hell hopes so. 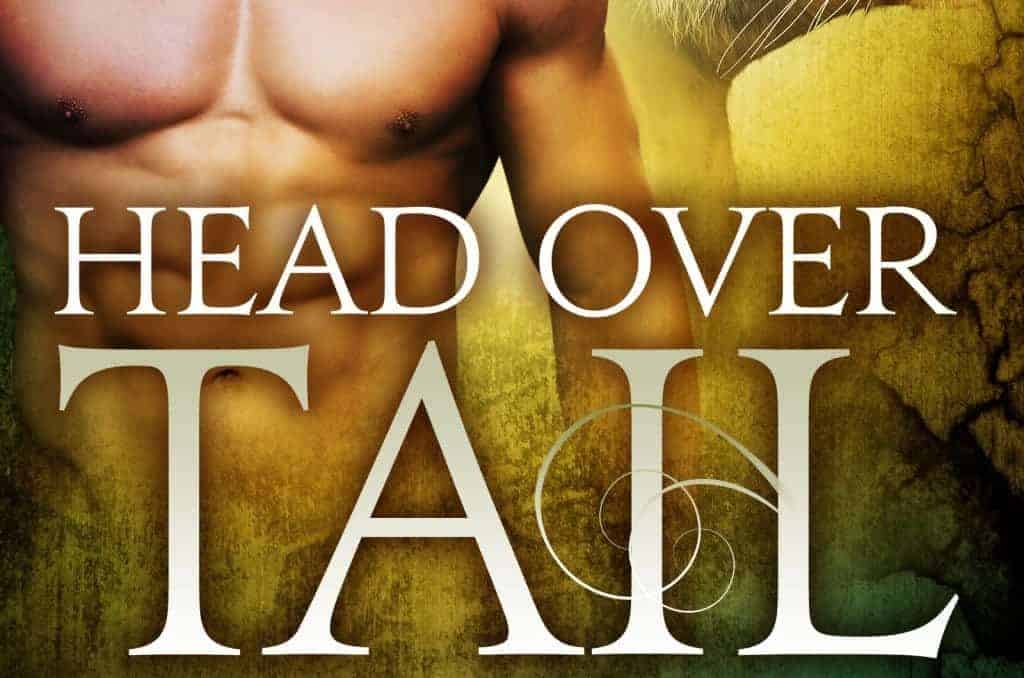 Being kidnapped sucks…but then you find your mate…

Maddy Lane did not enjoy the whole “being kidnapped” thing.  Then her knight in tight leather showed up to rescue her lioness-y ass and he turned out to be her O-M-G mate.  Rawr.  Sure, she’s a Sensitive. And, yeah, Sensitives are usually pushovers. But Maddy has been getting “badass” lessons and she’s got no problem telling her hotter-than-hell mate where he can shove his orders and domineering attitude.  Of course, it’d be a lot easier to be growly with him if he wasn’t so damn sexy.

Ricker Croft, council tracker and ferocious tiger, can’t figure out what to do with his deliciously curvy mate.  She’s a study in contradictions and he never did well in school.  As a Sensitive, Maddy is supposed to be sweet, pliant, most importantly, his. She sure as hell wasn’t supposed to be a vicious she-cat who sliced and diced a man attempting rape.  And she shouldn’t have disregarded a direct order from a more dominant shifter.  Even more, the words “get the steel rod out of your ass” should have never passed her tempting lips.

Ricker knows that mating doesn’t equate to love, but he’s going to do his damndest to convince the woman who holds his heart that she can’t live without him.  Even if it means turning his life upside down and embarrassing himself in the process. 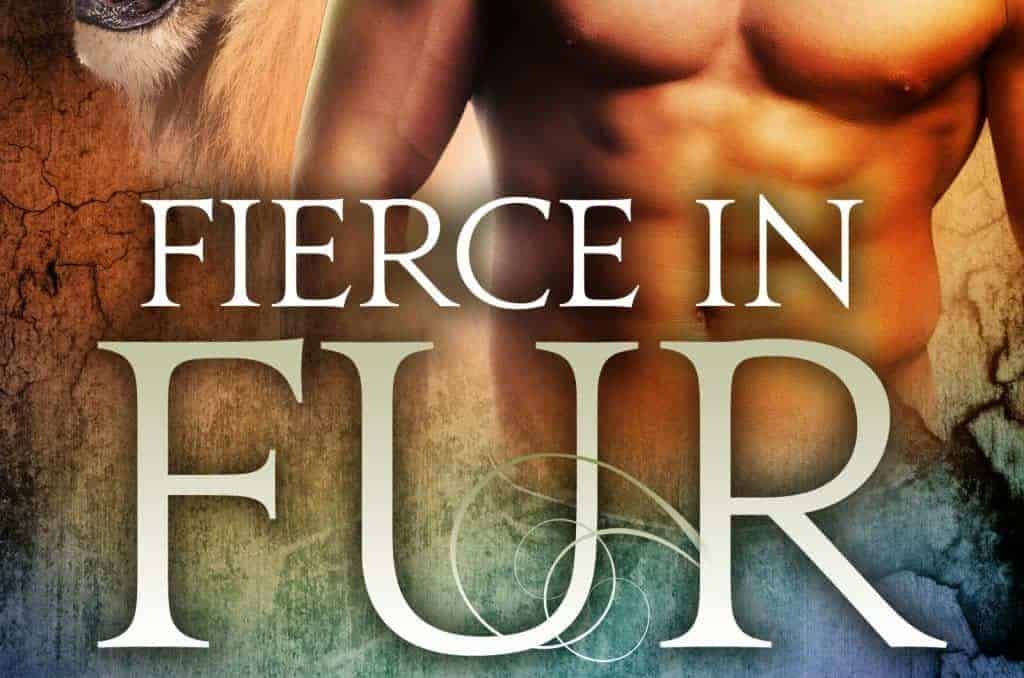 Elise really did love her family. Mostly.  Except they just wouldn’t leave her the heck alone.  Yes, she’d just returned after two years of hell at the hands of a militant group called Freedom. And, yes, she was a severely broken Senstive. But, no, she wasn’t a baby who needed to be coddled and wrapped in cotton.  Which was why she got the hell out of Dodge and headed to the one place she knew she’d feel more herself and less cotton-y: Ridgeville.  Only her escape didn’t go as expected. There was a whacked out wedding, followed immediately (really immediately) by Elise putting her nursing skills to use and catching a couple of babies. Somewhere along the way, her friend Maddy worked her Sensitive magic mojo, and Elise began to feel more like herself and less jacked in the head.  Of course, her life took a turn for the O-M-G-Awesome when she stumbled across her mate.  Did she mention he was over six feet of lickaliciousness?

Brute had never put much thought into the idea of an all knowing deity. Not that he didn’t believe, he just hadn’t ever pondered the idea.  He was too busy protecting the Prima (mostly from herself), protecting the pride (mostly from the Prima) and generally keeping his family from murdering each other (often). But the day he met the curvaceous fox he’d call his own was the day he figured there was a God, and the guy kinda liked him.  That thought stuck with him until he found out that his sweet fox was the battered and bruised Sensitive that had been rescued with Maddy.  Then his mind centered on helping his woman heal and was most definitely not on the hardness of his junk when she was near.  Nope. Not at all.

When they get to sexy times, it’s all broken beds and orgasms until a threat from the past shows up on Elise’s doorstep. Will Brute be able to prove to his little fox that the gentle giant can become a furry fierce lion when needed? 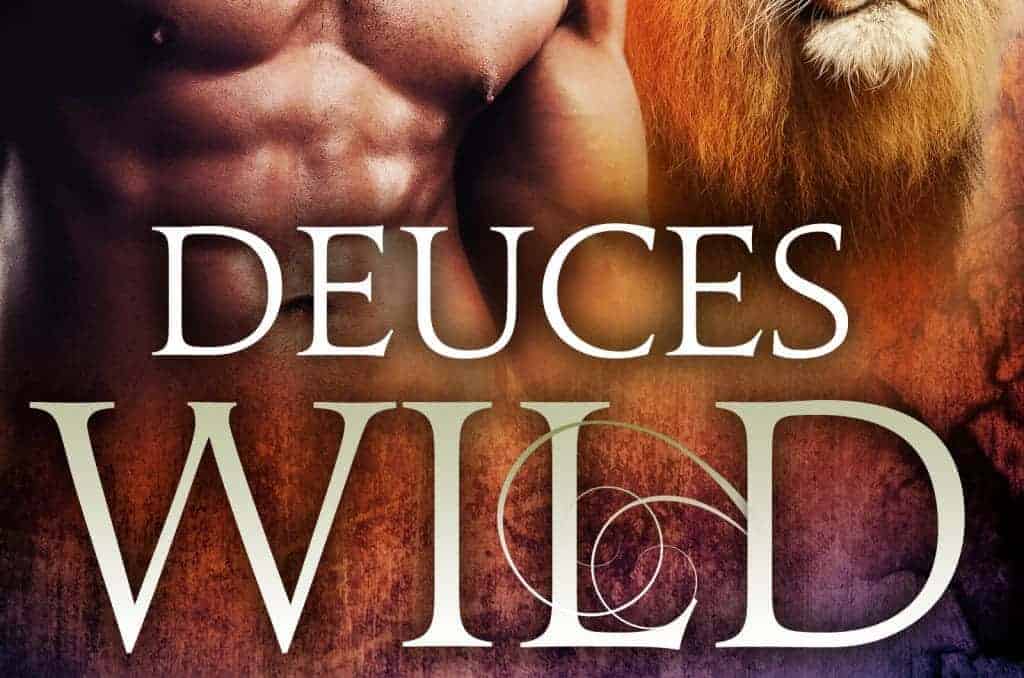 Squirrel shifter Elly has been captured by Freedom, beaten, and then handed off to be raped. Only her new hotter-than-hell jailor, Deuce Pierce, isn’t keen on forcing her and is all about saving her curvy, furry ass and getting her to safety. After she’s freed, she can’t forget about the lion who saved her life, and she hunts for him, determined to find the man who haunts her.

The council has tried to keep Deuce separated from Elly, convinced he’s abused her in some way, as if he would hurt his mate. He finally beats (literally) her location out of one of their soldiers, only to find she lives in the hometown he’d vowed to leave behind. His lush squirrel may be happy to see him, but the townspeople and their families take up where the council left off. Good thing he and Elly have wicked teeth, sharp claws, a gun or two, and more love than any two people ought to share. Because no one is going to separate them, come hell, high water, or shot-out knees. 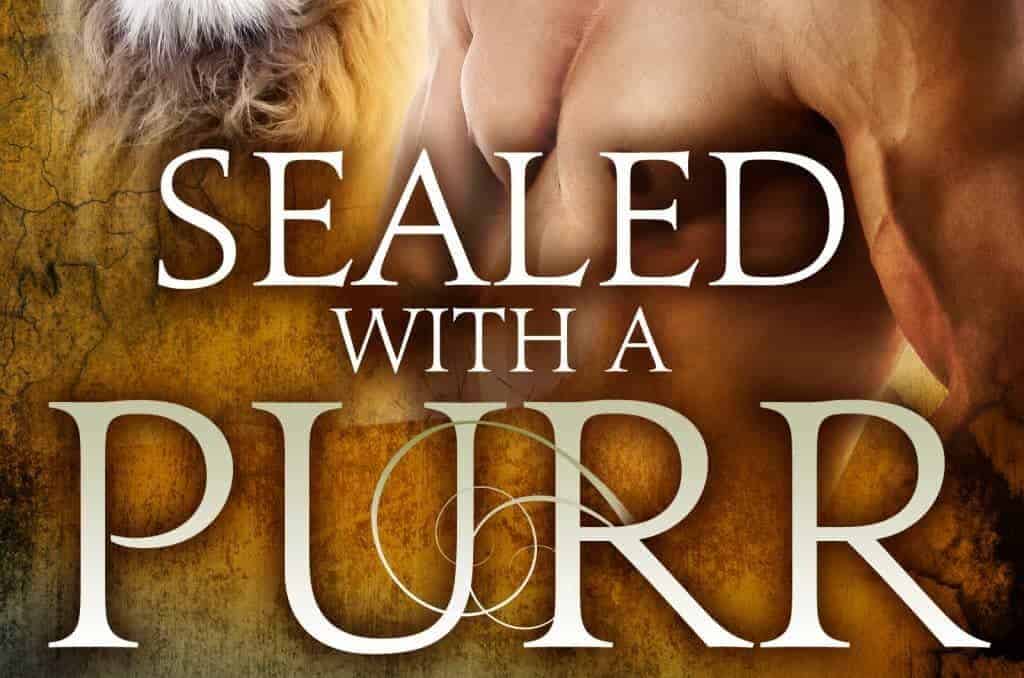 Going to Georgia in order to watch over a handful of women is not Harding’s idea of a good time. With the death of Alistair McCain—ex-leader of Freedom—there’s a lot of clean up going on. That includes helping Freedom’s released captives recover in a safe environment. Hence, Harding having to make the trip down south. Really…how hard could it be to keep five women safe? Harder than he thinks.

Because there are two women who hardly speak, another who hardly has an inch of control, and then another who feels the last woman rounding out the group should die. It’s that last woman—curvaceous, lush, and gorgeous—that intrigues him the most. Tess is beautiful, alluring, and…his.

Tess knows pain, hatred, and hopelessness. What she doesn’t know is hope or love. Harding Grange is tempting her to discover both…with him. The massive lion shifter entices her with his strength, torments her with his body, and lures her with his tortured memories. They have a painful past in common, but while he’s ready to jump into mating, she’s trying to figure out the easiest way for him to kill her if she goes crazy after she’s Changed. Because she is, after all, Alistair McCain’s daughter.

**Special thanks goes out to Lisa J for naming Maya's twins.  They'd still be nameless terrors without her!**