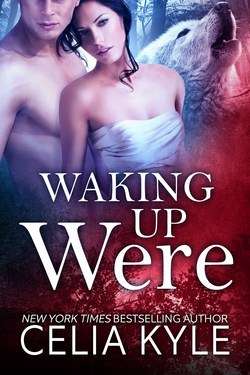 **This novella previously appeared in the On the Growl anthology.**

What’s a gal to do when a dog bite isn’t a dog bite and her boss makes her want to howl at the moon?

When her ex dumps her, the only thing Brenna Davis can think to do is drown her sorrows in a margarita—or ten.  So she does, and all that got her was a serious headache and some weird bite on her arm.  For some reason, she isn’t convinced it came from a dog...

Alpha of the Swan Mountain werewolf pack, Declan Ross, has two things on his to-do list:

1. Kill the damned rogue wolf in his territory.

2. Find the damned rogue’s newest victim before it chews its way through half the mountain.

Of course, when he finally finds the tempting, deliciously curved, blue-eyed woman he adds a third item to his list: keep Brenna Davis all to himself...forever.

Brenna’s best friend, Dr. Harper Morray, had jumped off the deep end. No, she didn’t just jump. She’d sailed right over it and crashed amongst the jagged rocks of sanity. All those late nights and working twenty-four hours straight had finally broken her mind. Really. Brenna wasn’t lying.

“Wait. What? What’s a were?” Brenna’s tone leaned toward interested, yet neutral. She didn’t want to lead her friend on, but also didn’t want to outright call her a liar. Not when it seemed she was so close to a psychotic break.

“Not what, who. And that’s you.” Harper looked so cute in her dementia. Like a little stethoscope-wielding pixie. Brenna wondered if she should call Harper’s husband before, or after, she called the loony-bin.

“Were, what?” she tried again, gauging the extent of her friend’s delusion.

“Wolf.” Harper gave a brisk nod, as if that would settle things.

“Huh? You’re losing me. Back up, sweetie. Little words, and say ’em real slow. Ten margaritas makes my brain a little fuzzy.” She gave her a nice, serene smile. One that said Brenna thought she was bat shit crazy, but still loved her to bits. “Now, how did you decide I’m a were… a werewolf?” Brenna raised her eyebrows, humoring Harper. Isn’t that what people did for crazy freaks? Humor them?

That earned her an eye roll from Harper. “Keith was so not worth getting drunk over. He was an ass.”

4 thoughts on “Waking Up Were”